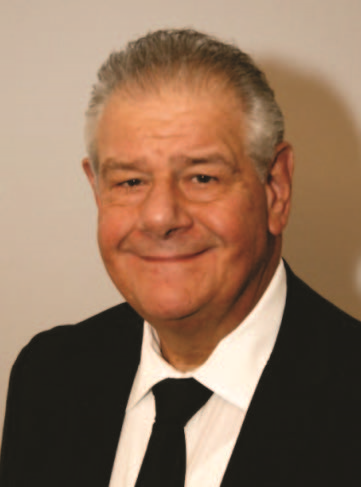 MAN OF THE YEAR
Joel Moskowitz

The Plainview Jewish Center Men’s Club honors Joel Moskowitz as its Man of the Year. Joel has been a temple member for over three decades and currently serves on the executive board.

Joel helped PJC obtain the Quality Club award for 2018-19. He thanks everyone who helped provide the information to get this prestigious award. Joel has also recently been honored with a President’s Citation and Yasher Koach Award.

Joel grew up in the orthodox tradition of Judaism in Brooklyn. He met his wife Beverly in Israel when they both were on a tour for young people and have been married for 47 years.

He spent his professional career working in application system development, operating systems and project management for military, Wall Street, and commercial projects. He retired from Canon in 2014 as Manager of Electronic Commerce.

Joel shows his dedication to his temple by giving his time to set up and test equipment, help paint sets for the Patio Players productions, build the sukkah, and contributes to special event programming such as the presentation of Abbott and Costello comedy history.

He shares this honor with his beautiful and supportive wife, Bevely, children Larry, Alisa and Jessica, daughter-in-law Nicole, son-in-law Joshua and grandchildren Marissa, Hailey, and Noah. Support Joel Moskowitz by placing an ad in his honor.