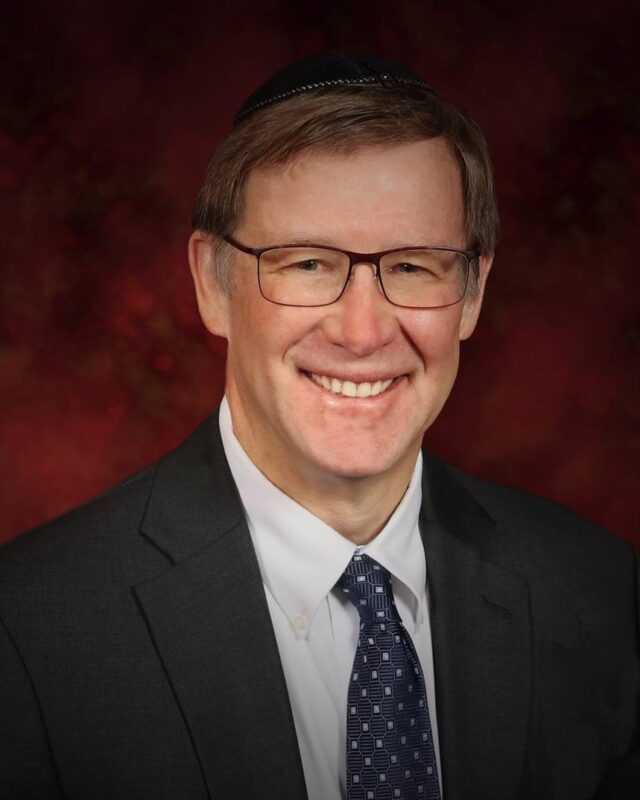 MAN OF THE YEAR
Lee Steinmetz

Lee and his wife Marcia have a long-standing relationship with the East Meadow Beth-El Jewish Center.  They were married by Rabbi Noble at EMJC in 1975 and have been members of the congregation since 1990. When Marcia’s family moved to Bellmore in 1956 they joined Temple Beth El and when they decided to move to East Meadow in 1966 they joined the East Meadow Beth-El Jewish Center. Lee and Marcia are happy to be welcoming Temple Beth-El’s members to our synagogue.

Lee and Marcia are extremely proud of their daughter Dana, son Brian and daughter-in-law Lisa. Dana graduated from Hofstra University and works in the Global Financial Crimes Division of an international bank.  Brian is a Mechanical Engineer who graduated from Cornell University and received his Master’s degree from Boston University. He works on an Analytics team of a major insurance company as an in-house problem solver.  Lisa graduated from the University of Connecticut and received her Master’s degree from Tufts University. She is an Occupational Therapist at a residential school for the blind outside Boston. Marcia, a Certified Social Worker, recently retired after working for 20 years in administration at a local yeshiva.

Lee enjoys spending time with his family, especially during the summer months in his backyard pool. He loves his winter ski trips to Park City, Utah and has a new passion for pickleball. He is looking forward to spending more time in Florida in the coming years.

Lee is extremely honored to be the recipient of this award and thanks his fellow Men’s Club members for the nomination. Support Lee Steinmetz by placing an ad in his honor.