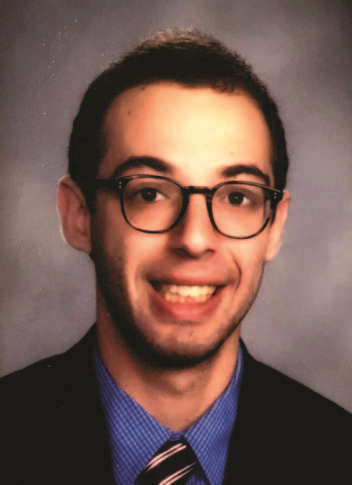 MAN OF THE YEAR
Josh Jurysta

Josh Jurysta is honored to accept this award on behalf of the East Meadow Beth-El Jewish Center as one of the Metro NY Men of the Year.

He graduated from Binghamton University in May 2015 with degrees in History and Economics. While at Binghamton, Josh served as the President of Hillel, the Director of Pluralism and Education, and the coordinator for the Conservative Minyan on campus, as well as a representative in the Student Association Congress.

Josh is currently working at the Schechter School of Long Island as a Physical Education teacher and as the Varsity Boys and Girls Volleyball Coach.  Additionally, he is attending Hofstra University in pursuit of his Master’s Degree in Physical Education.

Josh has a long history of serving the Jewish youth of our community. He served as the Youth Director of the East Meadow Beth-El Jewish Center, working with the USY and Kadima age students, led Junior Congregation, and taught in the Hebrew School.

He spent several summers working at Ramah Day Camp in Nyack, as well as staffing USY Encampment. In the summers of 2016, 2017, and 2018 Josh staffed USY on Wheels.

Most recently, in the summer of 2019, he started working at Ramah Sports Academy as a Rosh Eidah (Division Head). Support Joshua Jurysta by placing an ad in his honor.