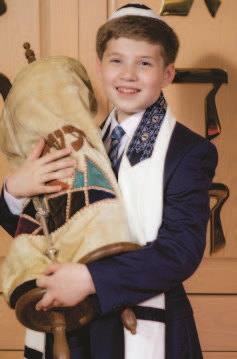 Youth OF THE YEAR
Jacob Krugman

Jacob Krugman is a 14-year-old Freshman at Half Hollow Hills High School West from Dix Hills, NY.  A huge Yankee fan, Jacob spends his days analyzing stats of every player, watching every trade and noting every injury, He also plays baseball with his brothers, Jeremy and Parker, destroying any chance we have of having a nice lawn.  At school, he enjoys robotics, playing the trumpet (he’s actually quite good), and excelling in school.  He has an infectious smile, quick sense of humor and has a lot of friends. With his brothers and parents, Michelle and Rob, he enjoys traveling to new places, learning about new cultures and broadening his world view.

Jacob began his Jewish studies in 2008 at the Dix Hills Jewish Center Nursery School, where with kids he has stayed friends with since, started to learn and prepare for grammar school and for Bar Mitzvah, in 2015, we went to Israel for his brother Jeremy’s bar mitzvah and after Jacob’s Bar Mitzvah at DHJC, the whole family went to Israel for his.  These experiences have been life changing and have reinforced a strong love for the state of Israel and all it represents.

His love of Judaism began during his studies at the Dix Hills Jewish Center and has been enhanced over the past seven summers when he attended Camp Micah, a Jewish Camp in Maine.  At Camp he had the opportunity to learn new traditions, sing Jewish songs and attend outdoor services overlooking a lake!

Over the past few years, Jacob has become very involved in USY at DHJC.  He tries to never miss a meeting.  He is also involved with JAM and travelled to Iceland with Rabbi Buechler last year.  Jacob is a great kid with a big heart who is always there for his friends and family.  He is honored to be recognized by the New York Metropolitan Region of the Federation of Jewish Men’s Clubs and thanks all involved. Support Jacob Krugman by placing an ad in his honor.