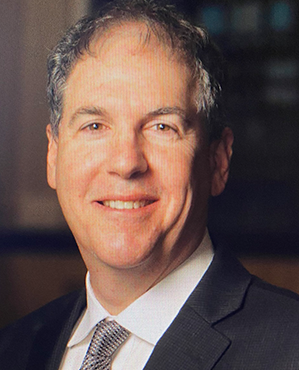 Alan grew up in Queens and moved to the Five Towns area with his family in 1985. He earned a Bachelor of Science from SUNY Albany and a Master of Science in Accounting and Taxation from C.W. Post, Long Island University. Alan has worked diligently over the past 37 years as a CPA, and is dedicated to his clients, employees, and profession.

Alan, his wife, Shana, and their sons, David and Lowen, have been members of Temple Beth El for a dozen years. Through the longtime membership of Shana’s parents, June, and Gilbert Davids, the Zuckermans have been part of the Temple Beth El family for three generations. David and Lowen, graduated from Temple Beth El’s Hebrew School and were bar mitzvahed at Temple Beth El.
Encouraged by the warmth of the congregation and its leadership, Alan became a member of the Board of Trustees and an executive member of the Men’s Club. He has enjoyed participating in many of the Temple’s social, cultural, and religious programs. Alan has helped to organize the Men’s Club’s trips to Giants Stadium and the annual bowling tournament.  An avid sports fan, he has been a N.Y. Rangers season ticket holder since 1984.  He has also served as a Little League Coach and as an Assistant in the Hewlett Woodmere Little League.

Alan and Shana look forward to a busy Spring as David graduates from Hewlett High School and Lowen graduates from Woodmere Middle School. They look ahead to college and high school next Fall. These are among the many blessings in their lives.

His relationship with Temple Beth El is also among these blessings. Alan is honored and grateful to be chosen as this year’s Man of the Year and is humbled to be included among the group of current and distinguished past honorees.

Support Alan Zuckerman by placing an ad in his honor.