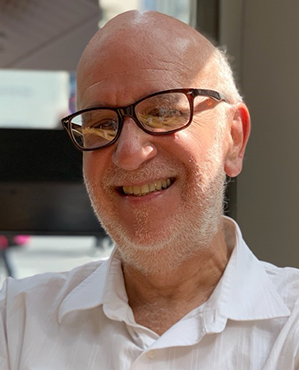 Martin Samuel Cohen was born and raised in New York City, where he received his B.A. summa cum laude from the City University of New York and where he was ordained as rabbi at the Jewish Theological Seminary in 1978. In addition to his ordination, Rabbi Cohen earned a Ph.D. in the history of ancient Judaism from JTS, which degree was awarded to him in 1982. The recipient of post-doctoral fellowships at the Hebrew University in 1983 and at Harvard University in 1993, Rabbi Cohen has also lectured on the history of religion at Hunter College of the City University of New York and taught Bible and Talmud both at the Jewish Theological Seminary of America in New York and at the Institute for Jewish Studies attached to the University of Heidelberg in Germany. In 1986, Rabbi Cohen left Europe for Canada, where he accepted the pulpit of the Beth Tikvah Congregation in Richmond, British Columbia. In 1999, he left Canada to assume the pulpit of Congregation Eilat in Mission Viejo, California, the position he left in 2002 to become the rabbi of the Shelter Rock Jewish Center in Roslyn, New York, where he is now in his twentieth year of service.

In addition to his work as teacher and rabbi, Rabbi Cohen is an author and has published two scientific studies in the history of pre-kabbalistic Jewish mysticism, four novels and four books of essays, including the Hebrew-language Sefer Ha‘ikarim Livnei Zemanenu, as well as his own 2004 edition of the Book of Psalms, called Our Haven and our Strength: The Book of Psalms in New Translation. More recently, Rabbi Cohen has published the two-volume prayer book Siddur Tzur Yisrael, Zot Nechemati for the house of mourning, a children’s book called Riding the River of Peace, and The Boy on the Door on the Ox, an exploration of the relationship between Torah study and service in the congregational rabbinate. From 1997 to 2000 he served as chairman of the Publications Committee of the Rabbinical Assembly, and from 2000 through 2013 as chairperson of the editorial board of the quarterly journal, Conservative Judaism. Most recently, Rabbi Cohen served as senior editor of three major Rabbinical Assembly publications: the 2012 landmark volume defining Conservative Jewish life, The Observant Life: The Wisdom of Conservative Judaism for Contemporary Jews; Pirkei Avot Lev Shalem, which came out in 2018; and the new Rabbinical Assembly edition of Megillat Esther, featuring Rabbi Cohen’s commentary and translation of the ancient book.

A collection of short stories, To Speak the Truth: Stories 2011-2021, was published in 2021.  Most recently, Rabbi Cohen has published Spiritual Integrity: On the Possibility of Steadfast Honestly in Faith and Worship (Hamilton Books, 2020), a fifth novel called Jerusalem Ghosts (Wipf and Stock, 2021), and a Hebrew-language work, Sefer Halev Ha-rachav V’ha-mitracheiv (Amazon Books, 2022).

An avid amateur flutist and a great lover of dogs, Rabbi Cohen is married to Joan Freeman Cohen and has three children, three children-in-law, and three granddaughters. He is at work on a full translation and commentary on the Torah.

Support Martin Samuel Cohen by placing an ad in his honor. 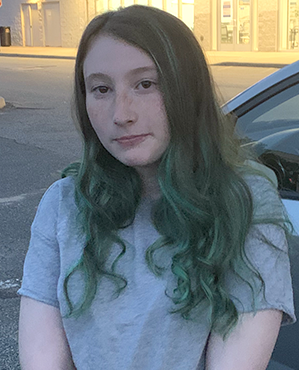 Lily Rose LeSchack is a 10th grader at New Hyde Park Memorial High School. She is a hard-working student and enjoys her classes at school. She is a member of the French Club and National Junior Honor Society. She loves singing with the Long Island chapter of the International Jewish Teen Choir, HaZamir. In her free time, she enjoys writing poems and playing video games. She shares a home with her parents, her younger brother, Aaron, her two cats and guinea pig.

Support Lily Rose LeSchack by placing an ad in her honor.