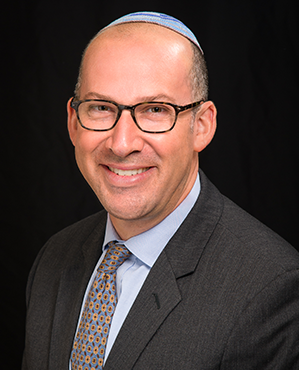 Rabbi Levenson has served as Associate Rabbi at Midway Jewish Center since 2013, and in 2022 will be the next Senior Rabbi of the congregation, where he loves leading “Hearing Men’s Voices” monthly. A Chaplain with the New York National Guard, Rabbi Levenson earned a doctorate in Pastoral Care & Counseling from the Hebrew Union College-Jewish Institute of Religion and was ordained at the Jewish Theological Seminary, where he also received a master’s degree in Jewish Education. He earned a B.A. from Miami University in Oxford, OH with degrees in Psychology and Political Science, with studies abroad at the Hebrew University of Jerusalem.

Originally from Akron, OH, in 1991 he served as International President of United Synagogue (USY). He delivered the Opening Prayer for the United States House of Representatives, the 112th Congress, Second Session. He is an alumnus of the Jewish Leaders Program, an initiative of the Kellogg School of Management at Northwestern University. He is immediate past President of the Long Island Board of Rabbis.

Rabbi Dr. Levenson is married to Leora Cohen of Livingston, NJ, a graduate of the University of Pennsylvania & Gratz College Joint Program in Social Work and Jewish Communal Services. They have been blessed with three beautiful children: Shir, Sam, and Gideon.

Support Rabbi Levenson by placing an ad in his honor. 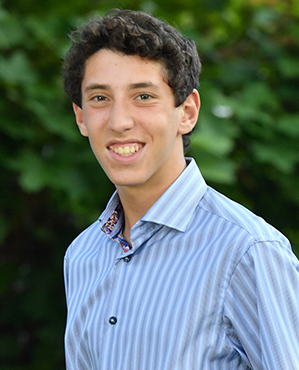 Max Falkove is a senior in Syosset High School and has been an active member of Midway Jewish Center since kindergarten. From making milkshakes in the sukkah to being an active member of Kadima and USY, he has been a part of the synagogue for as long as he can remember. After he became a bar mitzvah, Max attended Tichon and continues to be active in the synagogue. At USY, Max regularly attends both regional events and MUSY, where he was the Israeli Affairs Vice President from 2019-2021. Max is involved in several charitable organizations, including Syosset Red Cross Club, Leukemia & Lymphoma Society, and Gold Ribbon Riders (A Cycle for Survival team). He enjoys spending time with his parents (Susan and Ethan), his siblings (Mollie, Benji and Ellie), and his very Jewish dogs (Latka and Matza). He enjoys playing sports, skiing, bike riding, and playing board games. During the summer, Max is very busy saving lives as an Ocean Lifeguard in Ocean Beach.

Support Max Falkove by placing an ad in his honor. 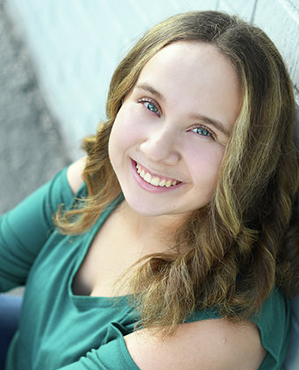 Wendy Saltsberg is a Senior at Syosset High School and is thrilled to be honored as Midway Jewish Center’s Youth of the Year! She has been a member of Midway her entire life. At MJC, Wendy has been involved with Kadima and USY since fourth grade. This is her third year on her chapter’s USY board, having previously served as Communications Vice President and Membership/Kadima Vice President, and currently serving as President. In addition, Wendy enjoys volunteering at the Religious School both as a Madricha and in Kadima. Wendy was inducted into METNY USCJ’s Keter Torah Honor Society and received the Cantor Dubinsky Scholarship for her hard work and achievements at Midway.

Outside of Midway, Wendy can often be seen on stage. She is a member of Syosset High School’s Chamber Singers, a Section Leader for the school’s award-winning all-female a cappella group, the Adelettes, Treasurer of the Jazz Choir, and Head of House Management and Programs of the Association of Creative Thespians. Wendy has performed in many exciting places, including St. Patrick’s Cathedral and Walt Disney World. In addition, she enjoys performing in plays and musicals. In college, Wendy plans to pursue a BA in Theatre. She enjoys spending time with her amazing parents and sister. Mazel Tov to all of this year’s honorees!

Support Wendy Saltsberg by placing an ad in her honor.